Amazon is always coming out with new budget bruisers almost every year and each of them is strategically designed and priced to push out its competition. One of their latest installments is the Amazon Fire HD they released in 2019. Anyway, the Tablet game doesn’t have as many players as it once did. At the top, Apple and Samsung are still competing which other aggressively as usual, but on the budget-end of the spectrum it seems like Amazon is almost now like a monopoly, with their crown jewel being the Amazon Fire HD. 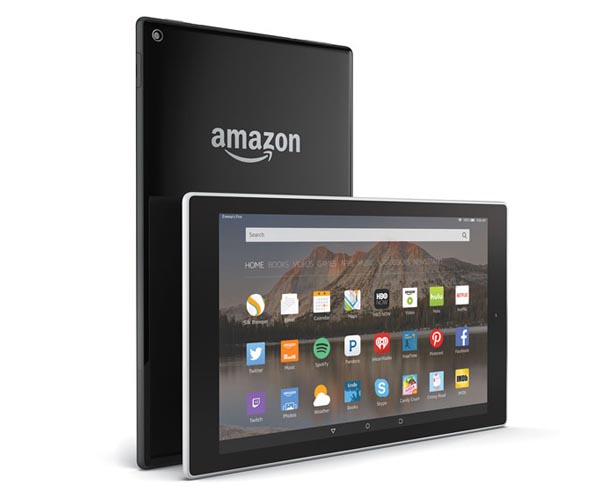 With strong multimedia skills, an extremely advanced display screen and an incredibly powerful chipset, it’s kind of the of the only budget-friendly tablet product to beat. That being said, it also happens to be one of the priciest at this level as well. With literally nearly no other credible competitors however, does it mean Amazon didn’t even need to be thinking about upgrades? Good question, no? Let’s get on with the article and see whether that’s the school of thought they took when coming up with this product.

As with most tablet products that cost two hundred dollars or less, the design thinking that was put in place is what should be rewarded the most. From a design perspective, the Amazon Fire HD kind of sits on a fence so to speak. On one hand, it’s a little bland and sort of almost fades into oblivion while on the other, it feels very durable and provides different color options. Its design doesn’t have that wow-factor like its Apple iPad counterparts, especially when compared to the iPad Pro 11 specifically. 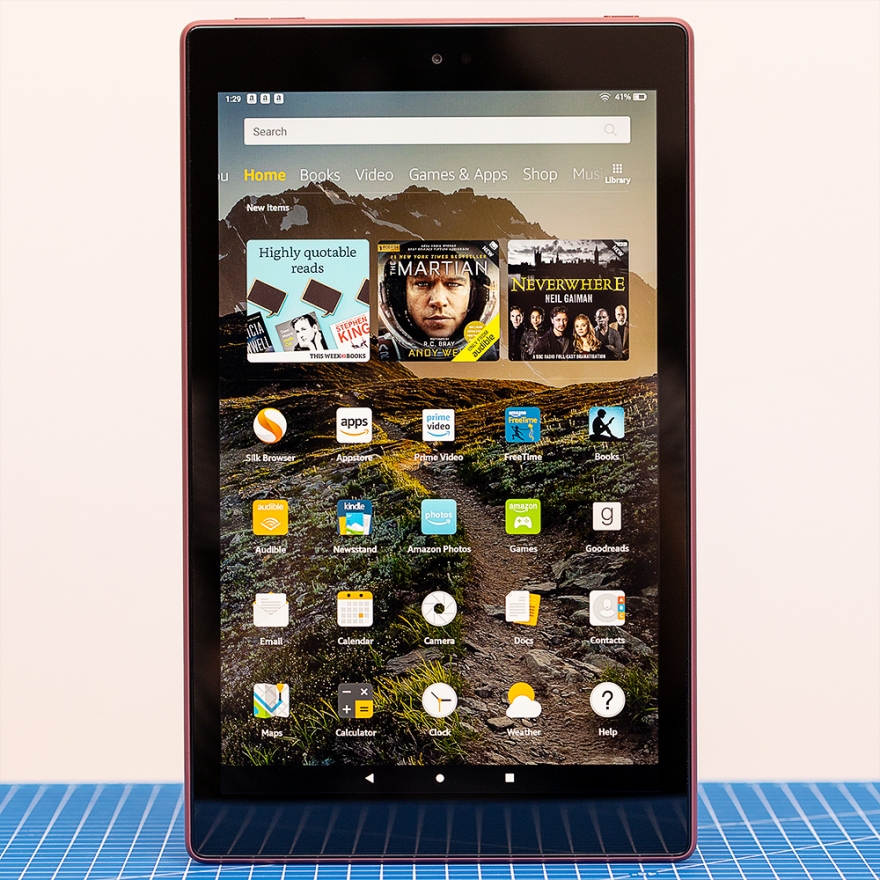 However, don’t get it twisted. We’re not saying it’s unpleasant to use. However, unlike smartphone products tablets are generally evaluated using different metrics. Tablet products are made for the bleary-eyed commutes and the couch, which means they have some room to be a little boring, and the Fire HD 10 is just that. But, the good thing is it can take some punishment and it’s considerably comfortable in the hands as well. You don’t have to be afraid of throwing it onto your couch once you’re done with it.

The front side of the tablet is dominated by a 10.1-inch display screen covered by hardened glass and then flanked by a tiny webcam. An Amazon “swoosh” is the only bit of branding and it’s located on the rear of the device. The device uses a USB Type-C to charge, which helps increase quality of life. While the Type-C USB is usually praised for its reversible capabilities, most people love it because of its durability. It has a much stronger design than its micro USB counterparts which means it’ll survive longer during prolonged use.

Aside from the Amazon logo located on its rear, it also has another tiny camera there. At the top of the device is where you’ll find the volume and power buttons as well as the 3.5mm headphone jack pin (which is a big plus as you well know). All in all, the Amazon Fire HD 10 is a tablet device designed to be used in the bedroom and living room areas. Although it might not be able to survive the wrath of the average four-year-old, it’s price-tag makes it something that can be replaced relatively easily.

With a 10.1 inch display at the front, the Fire HD 10 from Amazon certainly has enough room to give the content you want to display some breathing space. Whether it’s books, TV, movies etc, having more room one ups any smartphone device. Furthermore, this well suits devices that have been specifically manufactured solely for the consumption of content. With that said, beyond its size, the Fire HD 10’s display screen is actually pretty decent. Its 1920×1200 resolution is quite sharp and has the ability to get very bright as well. Okay, the brightness may not be able to hold its own with what the sun has to offer when in the great outdoors, but it’s definitely sufficient enough. 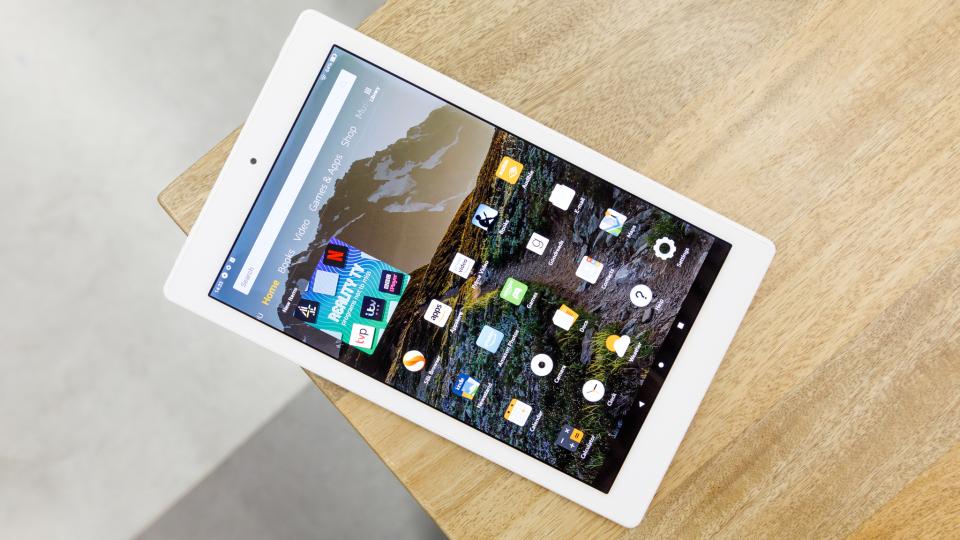 The colors, on the other hand are a tad bit cold (though being a common thing with budget LCD screens), however, this shouldn’t bother you too much. In fact, you can counterbalance this by activating the “Night-Light” mode permanently. Though you’ll need to keep in mind that this mode happens to be particularly heavy-handed. Another downside is that the panel has somewhat of a troublesome glare. Even though the device can get reasonably bright, it’s also incredibly reflective as well. While this won’t bother you all the time, it does mean that that one beam of sunlight you just can’t avoid could end up ruining everything for you.

The Fire HD 10, on the surface, feels very similar to its predecessor. Maybe that’s because of Amazon’s particular utilitarian overall design style that they introduced to the world with the first Fire product. It looks like they aren’t changing this design language any time soon. Although, this new installment isn’t totally the same and has a couple changes that are worth talking about. However, whether they can be considered discrete ‘features’ is something you’ll, sadly, have to interpret on your own. 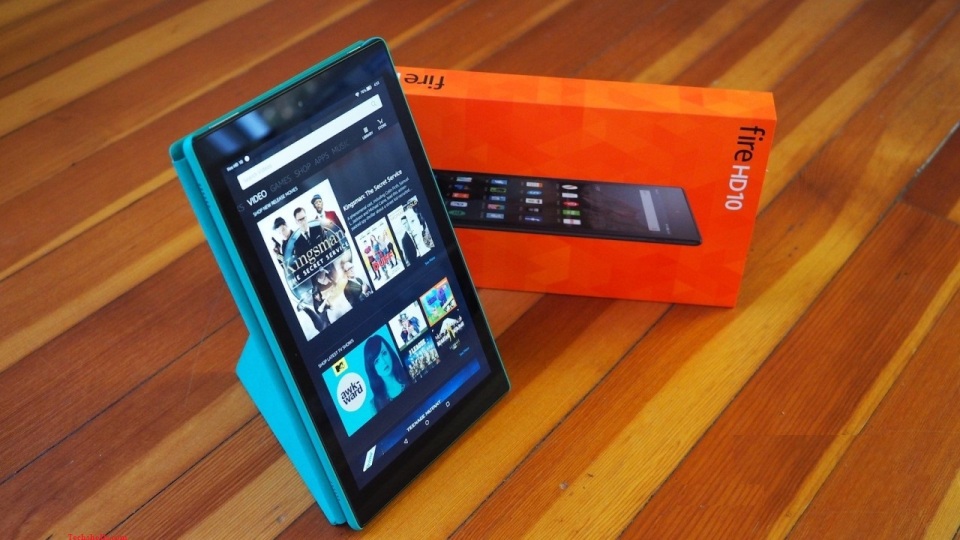 The first new interesting feature is a win for the folks that like using modern ports. Amazon has decided to do away with micro-USB charging ports and they’ve decided to opt for the much superior Type-C USB charging port. In addition to the fact that these kind of ports have reversible connections, they also allow for improved compatibility with several different other accessories.

Also, ‘Show’ mode has made a return. This is Amazon’s way of trying to promote the Alexa digital assistant. The device has a compatible dock attachment as well which allows it to work as a smart display, displaying information and charging simultaneously. How much mileage a user can get from this particular feature will largely depend on how ingrained they are to Amazon’s ecosystem, as well as how much they depend on this said ‘smart’ technology.

Last but certainly not least, the Fire HD 10 is powered by the new octa-core chipset, alongside 2GB of RAM (the bare minimum one would expect from a modern-day tablet)

It’s very hard to really compare tablets and smartphones. Different devices are used differently. Amazon designed the Fire HD 10 particularly for home use. Yes, you can bring it along with you on your daily commute to work, school or wherever, however it should be looked at as kind of a miniature TV.  So, how does this affect battery life? 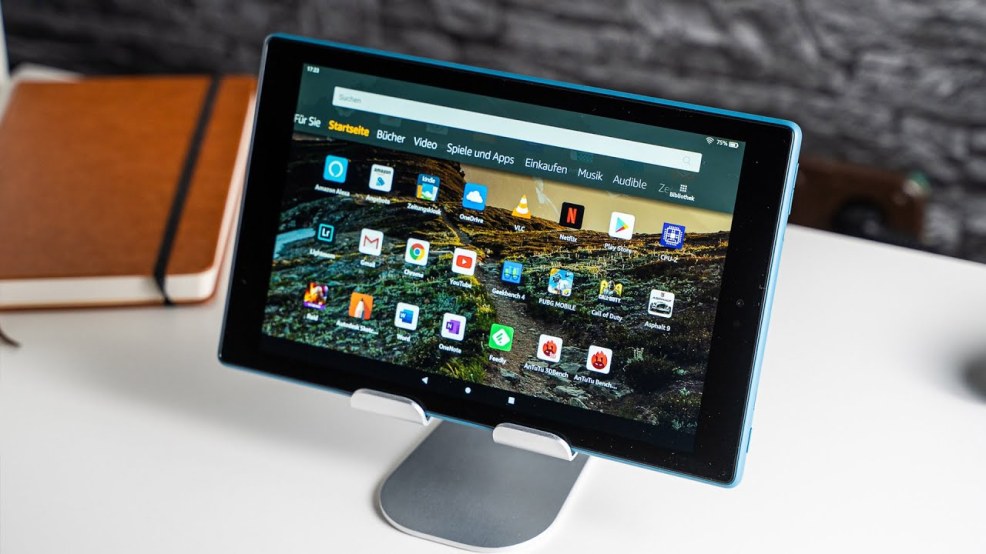 Amazon seems to borrow a leaf from Apple and the like by not really stating the exact battery size of the device. However, the company does state that the device should be able to give you 12 hours across mixed usage. You can fully charge on Monday and if you use it to watch video content for around one to two hours or so each evening, doing some light reading before bed and playing some of your favorite music content from time to time, then the device should last you at least three days before it dies. This shows that it has really good standby times.

If you run a battery test, for instance, playing a one and a half hour video over Wi-Fi while brightness is at maximum, you’ll get around a ten percent battery drop. The good thing here is that this is in accordance to the manufacturer specifications. In fact, it can probably even see you through long-distance flights if you use it wisely.

A tablet really should never be your only photographic tool of choice. Sadly, though, we know for some it still is. Statistically, almost all the shots taken from most tablet devices out there are horrible, however, despite all this companies still place cameras on their products and users still persist to try and use these said cameras. That being said, since there is still an active target audience, how well do the Fire HD cameras hold up?

They both do poorly on all counts. The rear 2MP camera has some very basic specifications and it does exactly what they say it’ll do. All the images taken with this camera will have poor dynamic range, a smudged detail and poor colors. Even under the best lighting conditions, the camera can even quickly scan some documents. If you have a smartphone device with you, forget about using the camera on the tab and go with the one on the said smartphone.

If you didn’t know, Amazon actually has its very own Android version, which is found on all their devices. The reason why Amazon came up with this is because they’re trying to promote their own services. They’re constantly pushing customers to use as many products and subscriptions as possible. The tab uses a ‘carousel’ arrangement when it comes to the displaying of applications and each stop is themed to different kinds of content.

As a budget-friendly option, the Fire HD 10 shouldn’t be your first option if you happen to be looking for a device solely for the purposes of gaming. This is also true if you’re looking to benchmark as well. The Amazon Fire HD has also refused to run Geekbench tests besides the third incarnation. This might just be a marketing technique because this tablet is actually way more powerful than most of the smartphone handsets released in both 2015 and 2016.

This device has no trouble getting all the basics done and actually performs very well as far as day-to-day usage is concerned, including light gaming sessions here and there. However, avoid using it to intensive tasks because it’ll greatly disappoint you in this regard.

Every year that passes sees the release of a slew of new Amazon tabs. Though, this new Amazon Fire has set itself apart in many ways. If you’re looking for something that has power and performance all wrapped up in something relatively affordable, then this is what you need in your life and Amazon know all this too well. The hardware is compelling, with a nice display screen, reasonable battery life and a decent overall design. But, with very few true upgrades and not many promising features, there’s really no reason someone that just bought one of the later Amazon Fires would need to upgrade.

The can sometimes prove a bit complicated when it comes to things like rooting the tab, making certain system level changes or installing a custom ROM. Right now there’s currently no way to effectively root the Fire HD 10. However, you can do so on the Fire 8 and Fire 7.

Amazon’s Fire tab are often well-known to restrict their users to their Amazon Appstore. However, fortunately, the Fire 10 uses the Fire operating system which is Android-based, which means Google’s Play Store can be installed.