There aren’t that many wireless noise-cancelling earphones currently on the market. In fact, most people out there. What’s more, Apple Airpods Pro and Sony WF-1000XM3 both of them can work with iOS and Android devices. They are, anyway, Bluetooth devices. With that said, unlike the Sony earbuds, Apple AirPods give iPhone users much more features than what and Android user would have access to. In this article we are going to compare Apple Airpods Pro and Sony WF-1000XM3. So let’s see which one is better and which one you should buy.

The new AirPods Pro by Apple are actually really good, For starters, they are the first headphones from Apple that provide the user with active noise cancellation. They’re also the first Apple headphones that have a noise-isolating design. Their silicone ear tips feature pushes them right into the user’s ear canal. Although the overall design of the headphones stills looks a tad bit weird, Apple has made the stems on these earbuds shorter, while adding very useful gesture control features.

The new WF-1000xM3 from Sony, on the other hand, isn’t the first truly wireless earbuds the company has made, contrary to what most people believe. The sporty Sony WF-SP700N take that spot. Sadly, though, this entry never lived up to the hype of being the ones that takedown AirPods. However, this did not stop Sony from going at it again and coming up with an upgraded version that has more features, better sound, classier aesthetic and, of course, top-notch noise cancellation. 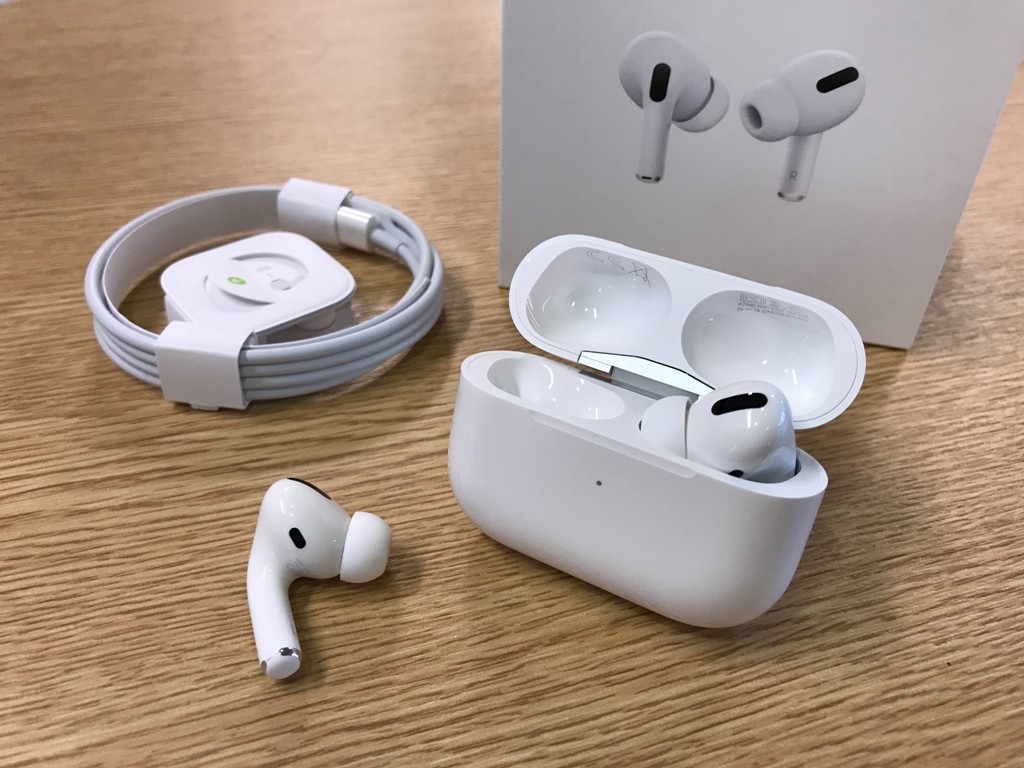 While Apple’s new headphones have a polarizing retro-modern aesthetic, all the madness sort of has a method. The Airpods Pro’s head is much bigger than that of its predecessor and features 2 black mic vents. There’s also another vent at the top which hides another microphone as well. However, the most notable new addition to the earbuds is the silicone ear tip.

The Sony WF-1000xM3 is more of an acquired taste when it comes to design. These earbuds are not as discreet and simple in style as the AirPods are. They occupy a lot more of space in your ear. However, as much as they’re bulky and take a lot of ear space, Sony has managed to make them slimmer and flatter. This gives the headset a sophisticated mystique that draws attention. 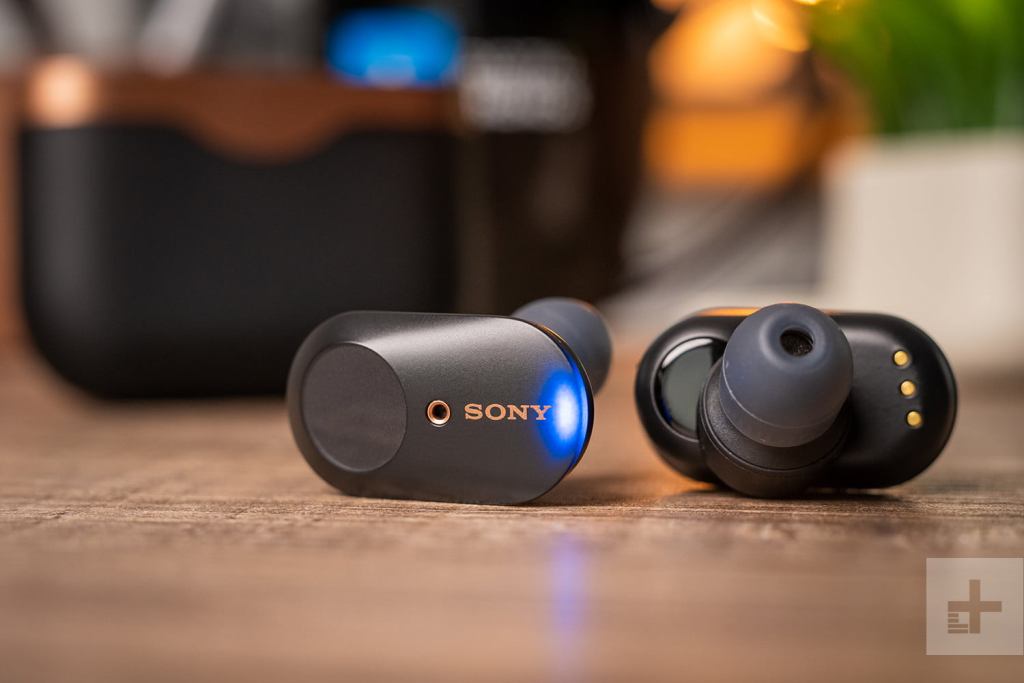 Previous AirPods lacked a tight seal which meant they could end up falling out pretty easily. However, that’s not the case with the new AirPods pro. Apple, for the first time ever, have added silicone ear tips to this headset. Oh, and they don’t give you just one pair, they give you three.

But how will you know which size will fit, right? Well, your iPhone will help provide you with this information. The Bluetooth section on the Settings menu has an AirPods tab. In this tab you’ll find an Ear Tip Fit Test.

Great comfort does not always mean that they’ll fit well in the ear and the WF-1000xM3 feel a bit loose. The memory foam tips try to keep them slightly more steady but they still slip out from time to time. Sony could have done a lot better in this department.

Each earbud weighs around 0.3 ounces, which is practically nothing and a plus. You don’t feel them that much in your ear. Their angled sound ports that have soft ear-tips that rest gently in the ear canal helps provide great comfort. 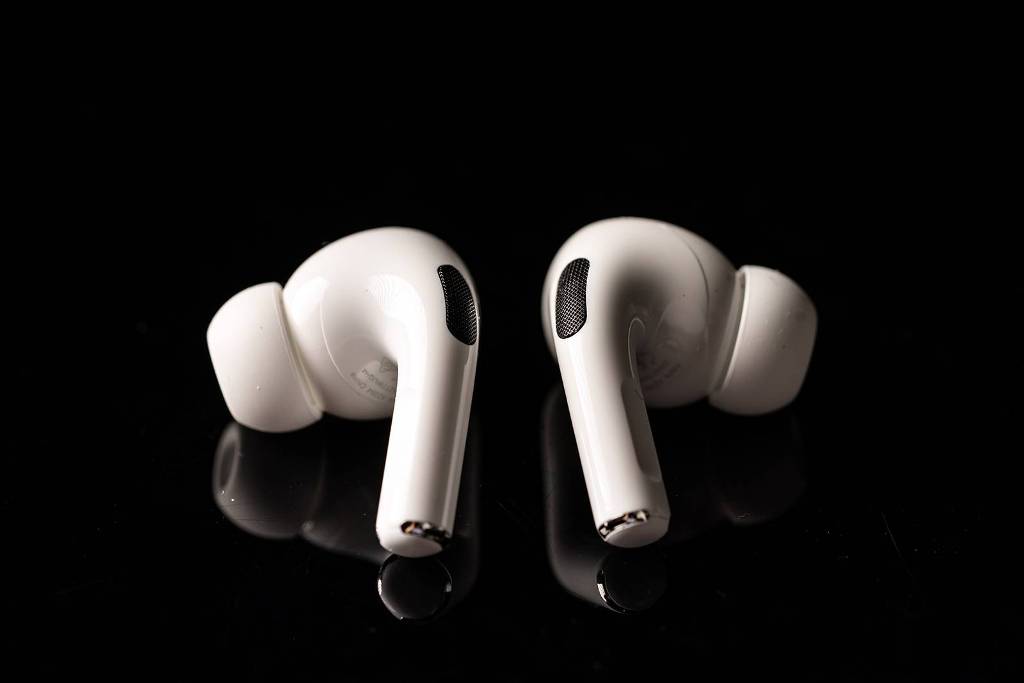 Okay, the fit is one thing, however, sound quality is a totally different story altogether. So, how’s the audio like? Well, Apple is boasting of improved bass, an adaptive equalizer, custom drivers as well as both detailed and clear mid and high frequencies. The vocals have a richer sound and the bass quality is way superior to that of its predecessor.

The Sony earbuds have like a boom-bastic audio profile. The better-balanced bass in the WF-1000xM3 opens you up to cleaner highs and mids. Where the Apple Airpods and other earbuds blanket some sonic elements, this Sony headset accentuates them. This gives it an edge on most, if not all, of its competitors. It also has fantastic sound reproduction giving clarity to all the vocals that pass through it. 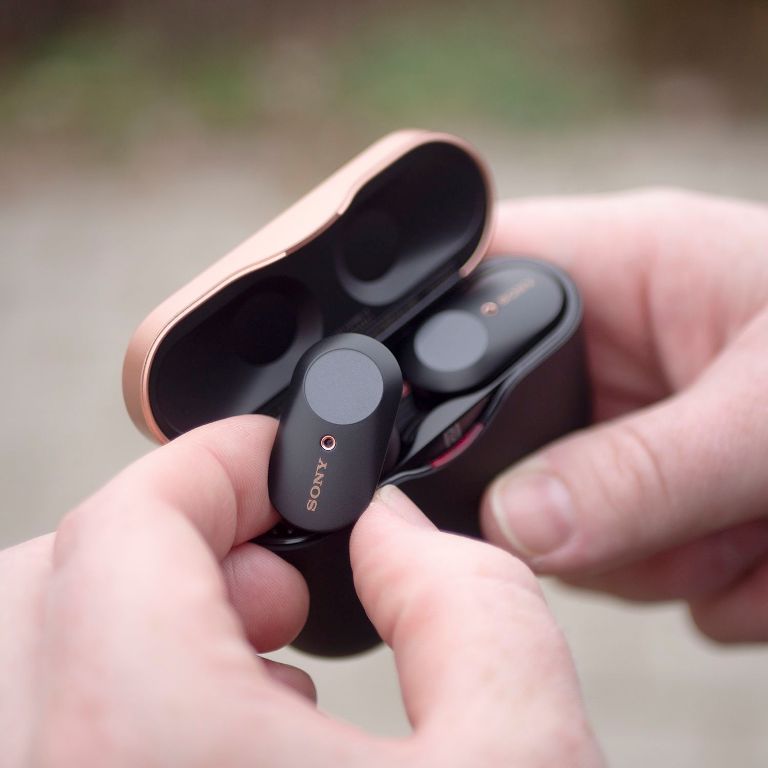 As far as charging the case is concerned, Apple provides you with a USB-C-to-Lightning cable in the package. Unless you have a new MacBook or iPhone 11 Pro, you won’t have the required charging block, as there’s none inside the box it comes in. The good news is, though, is that almost everyone that purchases the new AirPods Pro will have access to a regular Lightning cable, which will then allow you to charge it this way. 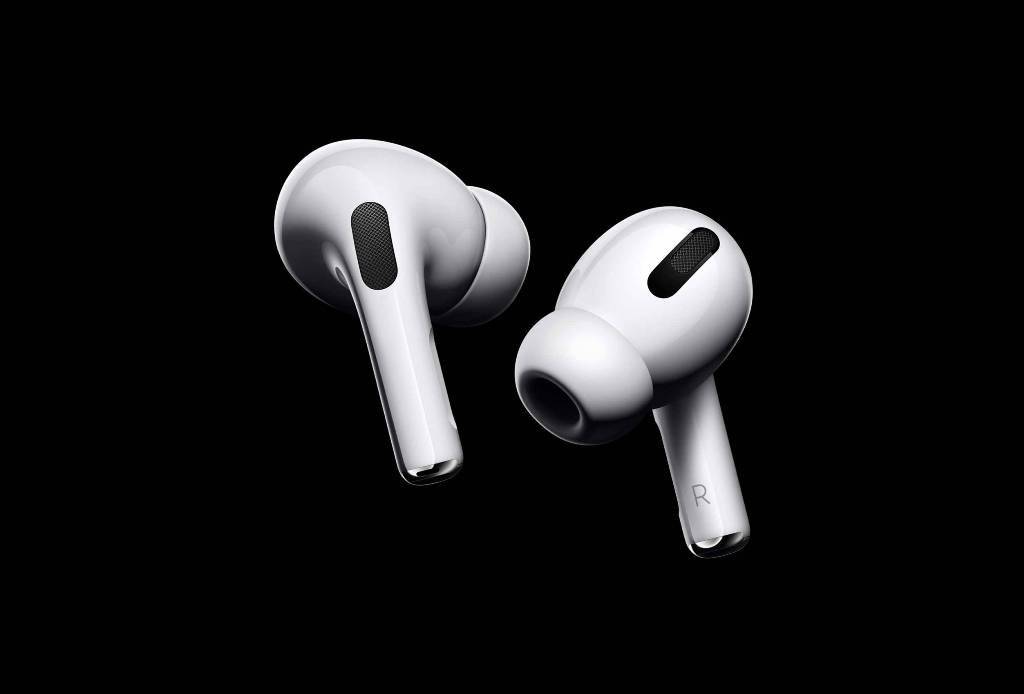 Apple revealed these new earbuds with very little fanfare. However, that doesn’t mean they aren’t a big deal. This new installment has a lightweight, ultra-compact, sweatproof design that provides a better overall sound quality than the original Apple AirPods. The Pros active noise-canceling feature helps reduce ambient noise significantly and when you want sound to get in, you can use the transparency mode (which one-ups the Sony earbuds)

With that said, Sony has kind of outdone themselves with this one and has hit the ball out of the park. Not only are the earbuds much better looking, but they’ve also combined fist-pumping musicality with serious noise-canceling technology. They might not be the best for those that are going to use them while they’re moving around because of the fit, but, other than that, they’re quite okay. They take this one.