The iPad Mini 2019 is Apple’s 5th generation iPad Mini tab. Many have been patiently waiting for this device and now it’s finally out. We’re here to tell you it has everything you’d expect, although, that’s as long as you weren’t expecting some dramatic upgrades. It’s one of Apple’s most portable iPad devices and it proves that not a lot changes when there’s no legit mini tab competition around. It has a familiar 7.9-inch screen display that feels perfectly sized for both a one-hand grip as well as a two, just as its predecessor the Mini 4 did. On the outside, almost nothing has changed. 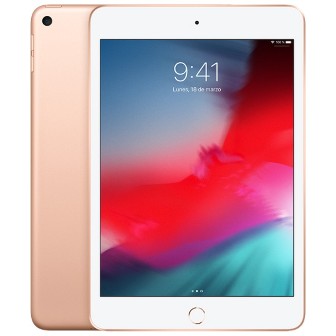 Also, this tiny iPad tablet is deceptively fast as well. This is in large part thanks to the iPhone-XS-class chipset it uses. The small screen tends to make it ideal for more read-and-watch tasks and not writing ones. However, the Adobe Lightroom editing program runs just as well on this device as it would in the iPad Air 2019, from a performance point-of-view that is. It also has quite an impressive battery, which lasts slightly longer than the average ten hours projected by Apple.

All in all, once again, it looks like Apple really didn’t have to try too hard to come up with the best mini tablet on the market. For them, it looks like it’s just a matter of simply taking parts that already exist, then adding a lot of the same internals that are present in the iPhone XR and iPhone XS handset. 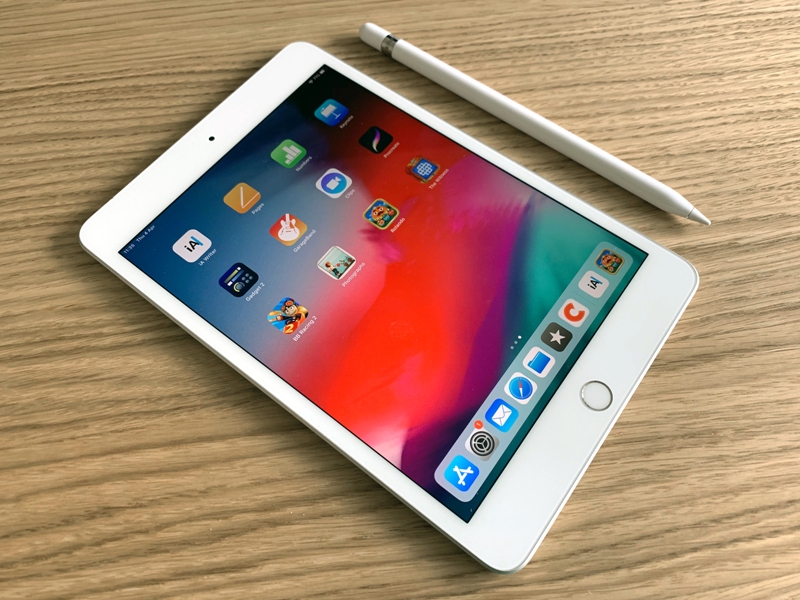 A tab this size really shouldn’t be a necessity for anyone. Bigger smartphones that have six-inch plus display screens have kind of made it a pointless luxury to have a separate portable device that has a screen just fractionally bigger than this. But, it seems like the iPad Mini is dead set on changing that growing school of thought. It’s super-fast, has a super-comfortable grip and is super-light. You’ll find yourself reaching out for it constantly once you have it.

Like previous iPad tablets that are not the latest Pro models, the Mini has gone with the traditional overall design. It has an aluminum body, with slightly contoured sides and a flat back. At the top of the tab, you’ll find a power button alongside the headphone jack. At the bottom, you’ll find the Lightning port for charging. Anyway, the one area that could’ve really benefited from a design upgrade is the front part of the tablet. The blocky bezel on it might provide the user a place to place their thumbs while they watch videos or play games, however, it now seems like a waste of space during this era of big screens and super-thin bezels.

With that said, the iPad Mini 2019 is still small enough to fit into almost any bag without you noticing any additional weight. In fact, one of the reasons why folks adore iPad Mini tablets is because of they’re lightweight. This new one measures around 300grams or so you can take it with almost anywhere without a fuss, which is not how most iPad Pro owners feel. 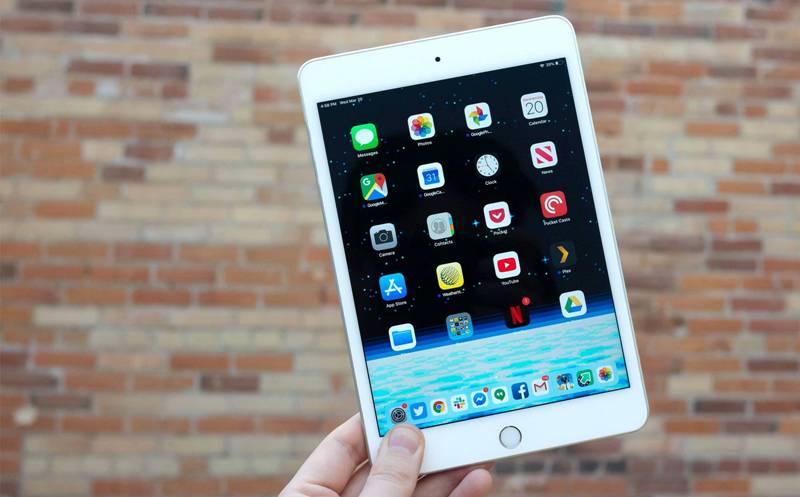 Okay, the overall design might not have really changed much, however, a lot of what makes the Mini 2019 so special lays within the device. Flagship phone-worthy internals and a new display make the latest iPad Mini an outstanding piece of technology and, arguably, the best iPad on the Apple roster for both reading and gaming. A 7.9-inch size doesn’t look much of a big difference when compared to the 6.5-inches on the iPhone XS Max.

However, there’s kind of a gulf in the screen’s actual real-estate. While the iPhone is narrow and long, the Mini 2019 (with the 4:3 aspect ratio) is squarer and squatter. This gives rise to letterboxed videos, but books and web pages don’t feel that cramped. It’s also perfect for viewing photographs and showing off documents. While Retina resolution and display size remain the same, it now has support for True Tone and Wide DCI-P3. That being said, at 324ppi, there’s still no other iPad more pixel-dense than this one. The True Tone feature alters the display’s temperature depending on the surrounding, and helps make reading on this iPad absolutely fantastic. It softens the harsh white background you get with books and makes content way comfier to read.

Apple doesn’t claim the Air 2019 uses an HDR display screen, however, much like the iPhone XR and the newer iPads, it can run Dolby Vision HDR video/audio content from Netflix and iTunes. This looks to take advantage of the tab’s wider color support so that the content comes out with a bit more oomph. Anyway, where the iPad Mini 2019 really shines is when it comes to gaming. Pair the same flagship-worth, top-tier A12 Bionic 7nm chipset, from Apple themselves, with a screen slightly larger than the biggest iPhone screen and you’ve got a tab that can manage just about all the popular game titles out there. This tablet might look like something that came out of 2012, but the performance it offers is something similar to what you’d get from a 2019 released flagship phone. 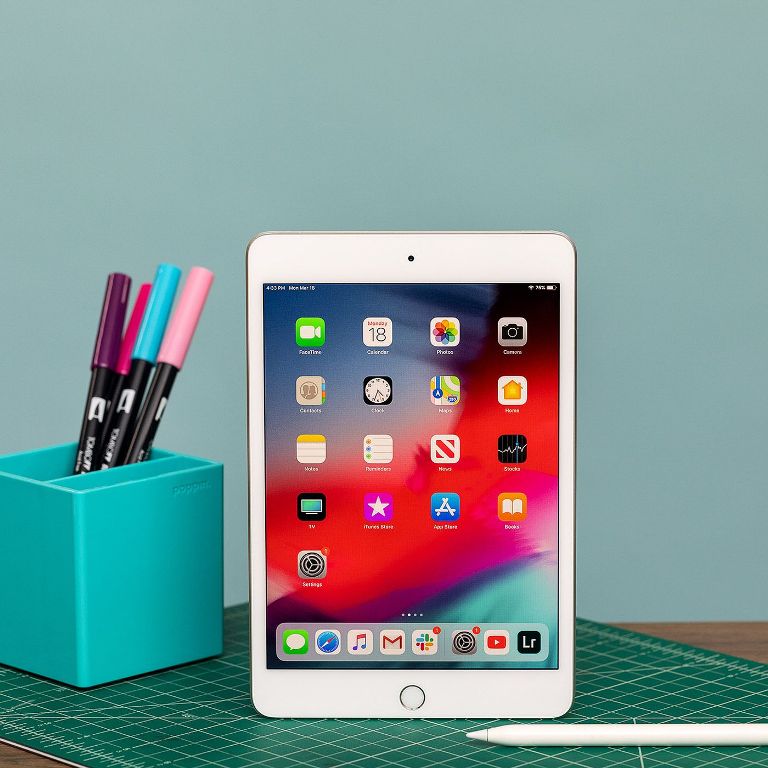 For starters, you should know that this is currently the smallest iPad that’s Apple Pencil-compatible. Although, while you don’t have a lot of room to work with on the screen, it still manages to be incredibly effective at scribbling notes in Notability, drawing in Procreate and editing pics in Lightroom. You’ll just have to get used to pinning-to-zoom and panning a lot more.

Most people consider the Apple Pencil to be an invaluable tool. It has varying pressure and tilt sensitivity combined with rejection software that’s class-leading. Though, it’s unfortunate the 2nd-gen Apple Pencil the iPad Pros use is not compatible with both the Air 2019 and Mini 2019. What you’ll be forced to use now is the 1st-gen barrel-shaped Apple Pencil that can’t stop rolling off any table it’s placed on, is much heavier and also way longer. It also doesn’t have the tool-switching gestures the 2nd-gen Pencil has like waking up the tab by double-tapping the screen or the flat-side tap features.

The Smart Keyboard has become a very common iPad accessory, however, unfortunately, the iPad Mini 5 doesn’t support it. Apple has restricted this feature to the larger IPad devices, which actually makes a lot of sense. Why? A physical keyboard on such a small device like this one would be too cramped. And anyway, the Mini isn’t really looking to compete with laptops or anything like that. 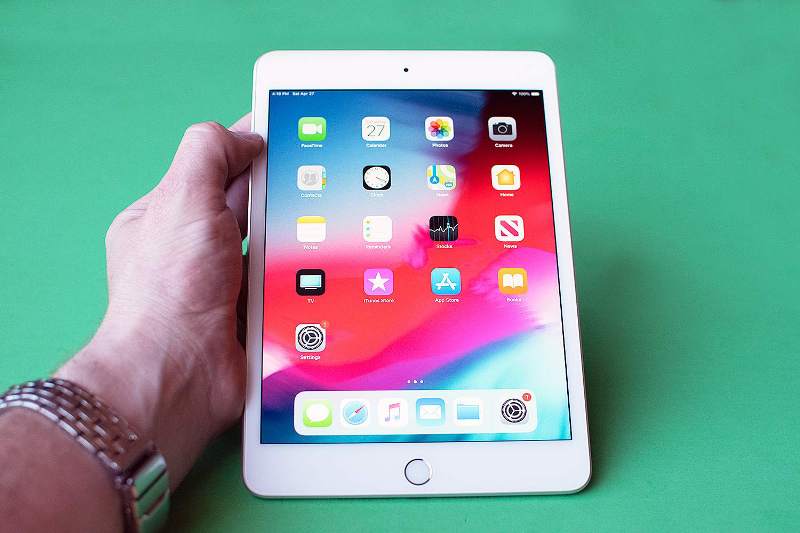 The iOS 12 is very restrictive on large screens, and it gets criticized a lot for this. Not only does it not have an in-built file system for the transfer of things between apps but you can’t open applications in Windows as well. You won’t experience any of these problems when using the iOS 12 on the iPad Mini 2019. In fact, this piece of software feels perfectly suited to tabs this size. Furthermore, it also happens to multitask just fine. Two apps can be open properly either by having one up running while the other takes up a bit of room on the side or via a floating video window feature. This feature can sometimes start to feel a little cramped, but having the option is nice.

The new iPad mini is arguably the best tiny tab for carrying with one hand, even though it has an overall design style that really hasn’t changed much from the previous renditions, including the Mini 4 that Apple released around three years ago or so. It has a very familiar 7.9-inch display screen, that’s still proves to be an unbeatable way to either watch movies or read on the go. Also, the screen is still one that fits perfectly into Apple’s TV Plus and News Plus ecosystem.

The dated outward design really doesn’t complement what’s going on underneath, considering it now uses the incredibly powerful and high-performance A12 chipset that’s no doubt way ahead of what its other small tab competitors. Also, you can’t turn a blind-eye on its Apple Pencil compatibility, although it would’ve been much better if they allowed you to us the magnetic 2nd-generation pencil. Anyway, Apple’s iPad mini is arguably the most likable Apple tablet device of them all. You’re instantly sold by its charming size, even though, in reality, the 12.9 device might be better for productivity.

A standard Apple iPad should set you back around $250 or so, when on sale. The mini, on the other hand, can run up to around $400, so when you get one that’s in the $250 marker, then you should try all you can to get your hands on it. Anyway, what we’re trying to say is that this new mini tab is totally worth it.