As far as wired headsets are concerned, HyperX has been known to produce some of the best headphones of this kind for quite a long time. However, how are they doing in the very demanding wireless department, you might ask? If the HyperX Cloud Flight head piece is anything to go by, then it’s an emphatic yes. This wireless headset debut from HyperX has the best-in-class and rich sound quality that HyperX is well recognized for, all rolled up into a rather lightweight package, with a long battery lifespan as well as plug-and-play compatibility with PC and PlayStation 4 systems. Okay, yes, it may not be one of the most feature-rich or stylish headphones for its price, however, it just might be one of the coziest of them all. 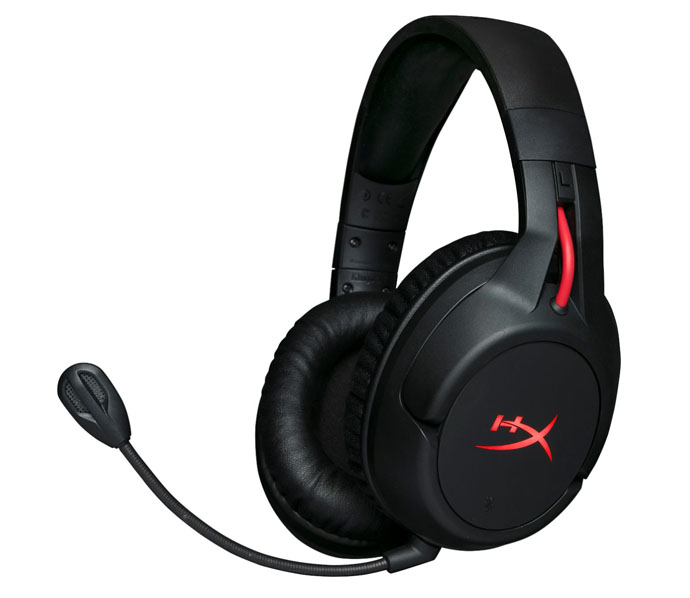 Despite being the company’s highest-end headset product, the HyperX Cloud Flight has pretty basic overall design-style which favors functionality over form. The Flight features a rather basic-looking black plastic construction, with tiny red wires on its sides that help accentuate it, accompanied a light-up HyperX emblem on both earcups. A quick-tap of its power button will allow users to make the LED lights on the side glow without blinking, turn them off completely for battery conservation or make them pulsate in and out. Not many people really see the need for external earcup lighting, however, if LED illumination is your thing then you’ll definitely like what this headset has going on in this department. 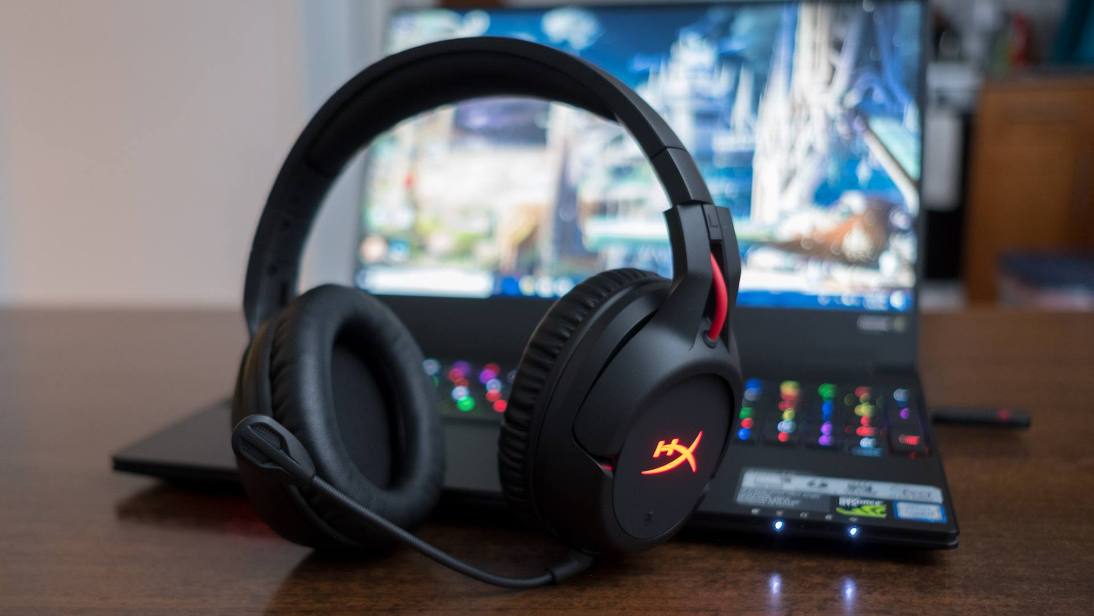 The left-side earcup houses the removable microphone, 3.5mm audio jack, micro-USB charging port and the power button, which is basically everything because the right earcup only has the volume knob. The microphone can be muted by simply long-pressing the left earcup. The Flight is generally a well-designed headset, however, it does look kind of bland, considering the fact that cheaper HyperX gaming headphones like the Cloud Revolver and Cloud alpha headphones consist of premium-looking metal frames and woven headbands. Although, once you finally get to wear them you quickly realize that those performance trade-offs are totally worthwhile.

The Flight has been fittingly named by HyperX. You barely notice the headset’s incredibly light weight, 10.5-ounces, while you’re working or gaming. Combine this with the company’s signature memory foam, faux-leather earcups and you’ve got quite possibly one of the comfiest gaming headsets on the HyperX roster. Plus, unlike many of the other headsets on the HyperX catalog, the Flight’s earcups can swivel from side-to-side, which helps make them perfect for travel.

The HyperX Cloud Flight headset provides an immersive, balanced sound, whether you’re losing yourself in solo adventures or battling it out in the multiplayer gaming scene. This HyperX head-piece will make an excellent gaming companion to that visceral superhero fighting of Injustice 2. From the deep lows that come from Superman slamming his opponents to the ground to the highs produced by the sharp sword slices from Robin, everything sounded satisfying and rich. Small details, like the subtle clanks from Batman’s shoes during the intro come through very clearly. In Call of Duty, users can very easily pinpoint where gunfire and footsteps are coming from, and both rifle shots and grenade explosions sound incredibly punchy. 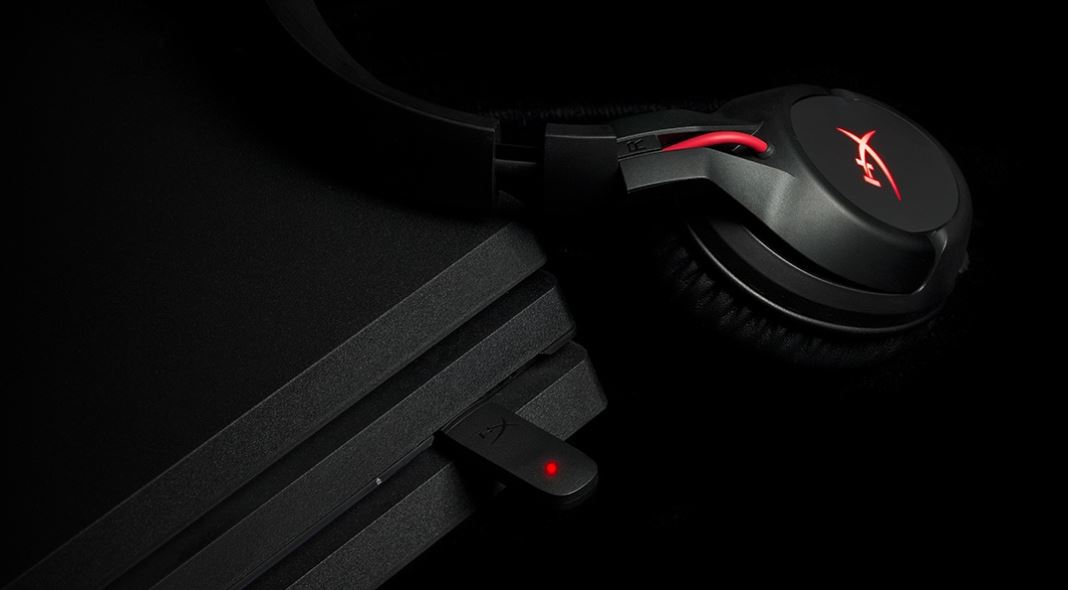 When it comes to atmospheric action, much like what you can expect to find in games like Tomb Raider, users are thoroughly immersed in the stunning Syrian tombs Lara Croft is often inside. Tiny environmental details like insects, birds and waterfalls come through as clearly as loud noises do, like explosions and gunshots, which makes it very easy for users to get lost in the adventures of Ms Croft.

Unfortunately, the HyperX Cloud Flight headset only has a 2.0 stereo sound output, which means that you won’t get the surround sound awareness you get from, say, the Logitech g533 or SteelSeries Arctis 7, or even the Astro A20’s 5.1 channel audio output. However, the two huge 50mm drivers it has makes up for the lack of surround-sound functionality. Thanks to these huge tweeters, the Flight headset sounds a little bass heavy, which is really impressive considering the fact that it doesn’t have subwoofers. Those that like playing action-packed titles will love this.

Thankfully, the bass isn’t overpowering. The rest of the audio profile is both nuanced and balanced, which helps make it perfect for both games and music. When you download the Dolby Access application, you can get an Atmos-quality sound experience which will mean you can somewhat by-pass the lack surround sound functionality.

The HyperX Cloud Flight has a removable microphone which might just be one the best at this price point. Voice recordings come through crisply and cleanly with very little fuzziness and distortion, as well as barely any background noise. It’s perfect for casual Twitch streams and multiplayer sessions, though you might want to strongly consider something more high-end if you’re in search of something for a professional broadcast or podcast. On the bright side, its wireless USB dongle works flawlessly and instantly with both PC and PlayStation 4, and it can hold wireless connectivity whether you’re thirty-feet away from your office desk of just a couple of feet away from your living room couch. 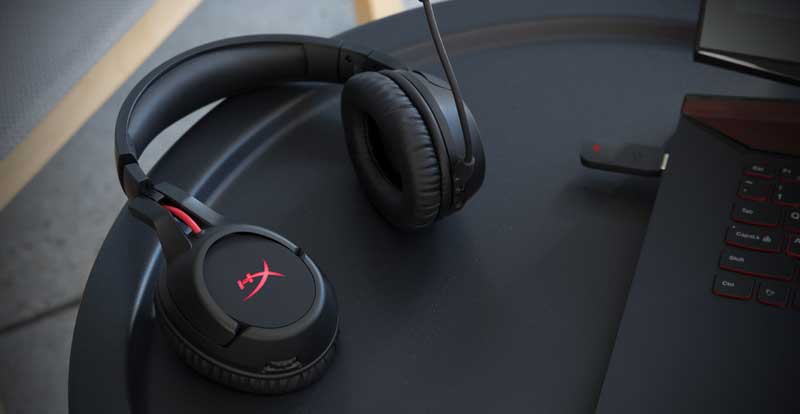 This pair of gaming headphones also come with a 3.5mm audio cable (analog) that can be used for mobile devices, Nintendo switch and Xbox One. Although you can’t use LED lighting or the microphone when in analog mode. Furthermore, this particular headset has no customization program or software, so fine-tuning sound presets from the PC is a no-no. For the tinkerers out there, this might be a major bummer, though plug-and-play simplicity isn’t really that bad.

HyperX claims that you’ll get about thirty-hours of battery life with the Cloud Flight when the LED lights are switched off, around eighteen-hours when it’s on breathing LED mode and, finally, about thirteen-hours when the lights have been turned on all throughout. This is all actually pretty accurate once you get to use it yourself.

The Cloud Flight from HyperX is actually a really great, no-frills pair of wireless gaming headphones that has long battery life, a crisp microphone and delivers great sound. In addition to all this, it also has one of the most comfortable and lightest designs out there. But, if features and styles are things you hold in very high regard then you may want to strongly consider something else before you make a final decision. 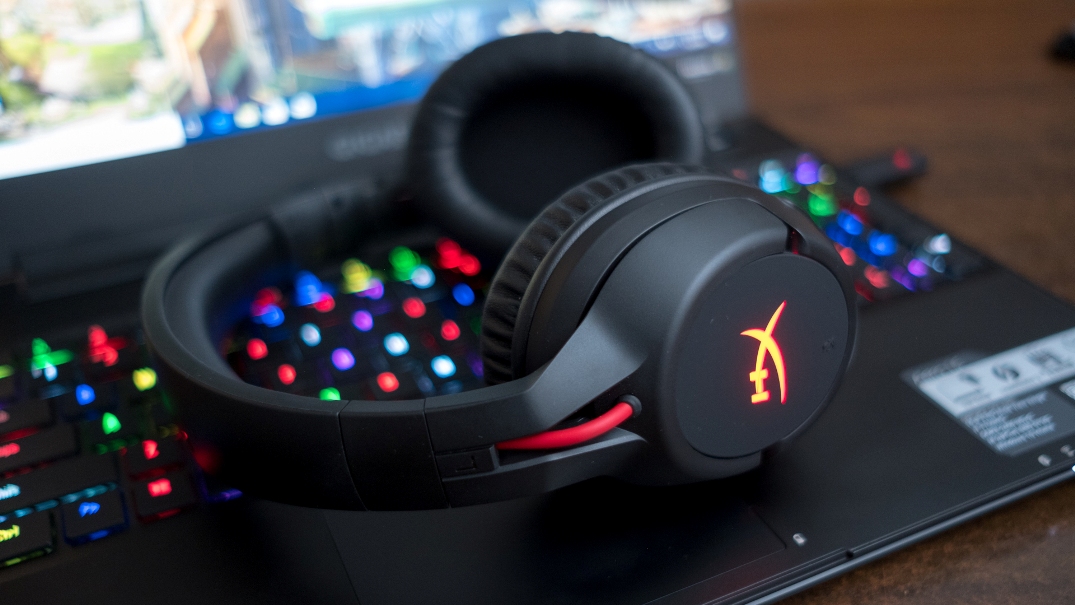 The Logitech G533 headphones provides users with extremely robust audio customization, however, it’s built mainly for the PC and doesn’t have analog audio capability. The Arctis 7 from SteelSeries is similarly tweakable, can operate both wirelessly and wired, and has got a more unassuming overall design-style that can allow you to wear it in public. With that said, if you’re looking for a basic,plug-and-play pair of wireless gaming headphones for a PC and PlayStation 4, then the HyperX Cloud Flight head piece is arguably one of the long-lasting and coziest options you can purchase.

Is the HyperX Cloud Flight good for music?

The earbuds on the Cloud Flight are great for online multiplayer gaming, as well as incredibly comfortable. This overall comfortable design, accompanied by impressive sound signatures, is perfect music and gaming.

Does the Cloud Flight headset have Noise-Cancelling feature?

Not only does this headset have great sound quality but it also has fantastic noise-cancelling functionality.