The Logitech G432 gaming headset is basically an update, one that’s long-overdue, of the previous G430 model. The G432 has all the things that helped make its predecessor such a great product, with music performance that’s so much better. However, it also both feels and looks just like a 4-year-old gaming accessory would. That being said, it’s still worth considering due its versatile connectivity options, strong sound performance and relatively affordable price tag. On the one hand, though, the gaming peripheral’s overall physical design has not managed to age all that well. Truth is, if you don’t have a problem spending a few more dollars, then you can get some headsets that are way better. That being said, let’s still take a closer look at what Logitech have in store with this particular product. 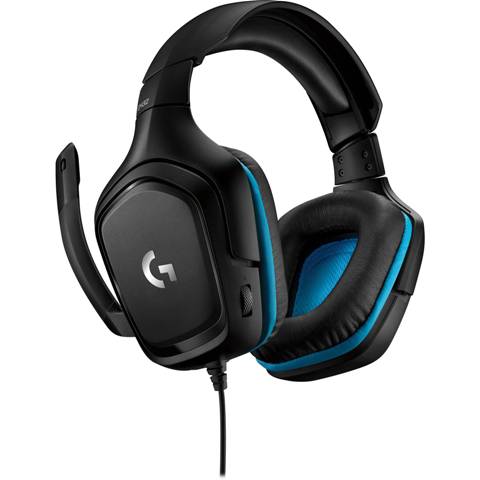 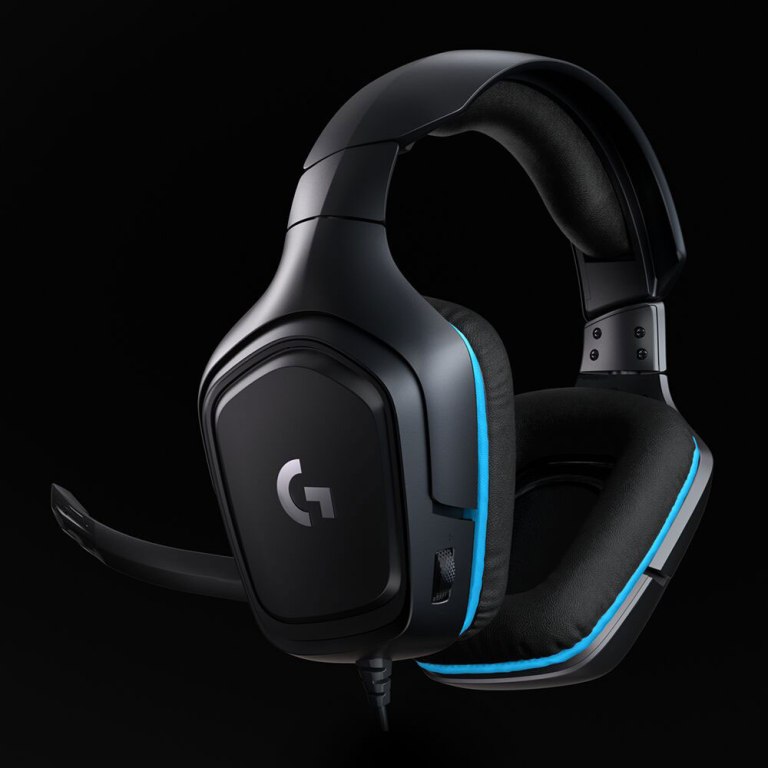 The Logitech 430 headset was light and plasticine, with a flexible steel headband and loud blue highlights. Well, the new G432 version has just slightly been updated from that. The earcups are now pleather-based instead of foam-based, and those blue highlights have been toned down a bit and are way more restrained. Otherwise, the G432 headset has a the same somewhat imprecisely notched headband and a similar plastic overall feel. It has a flexible, non-detachable boom microphone on the left-side earcup, which is accompanied by a volume dial feature at the back. There’s really nothing Logitech has done wrong here, however, the G432 model missed the opportunity to keep up with a more modern, sturdier and rounder design.

What is even more interesting is that the G432 headset now has a wide variety of connectivity options. By default, the headset can be connected through a 3.5mm audio jack cable. However, it also features a splitter for the separation of audio/microphone connections. Oh, and it comes with a USB adapter as well. Okay, maybe it wasn’t completely necessary to add both of these connection types, seeing that the USB adapter and splitter both work very well when it comes to PC gaming, but it’s often nice to know you have the options available if you ever need them.

Both earcups have been placed on a rather metallic headband which has a plastic, black-colored outer-shell that has foam padding underneath it. The headset feels incredibly light and could weigh around ten-ounces or so. Although, the mesh fabric and fairly thin padding kind of makes the fit a little more uncomfortable and stiffer compared to other gaming headsets, like the Razer Kraken Tournament Edition, which have copious amounts of memory-foam padding.

For a relatively inexpensive gaming headset, the G432 actually has a mic that sounds pretty good. It offers mostly clean vocal sounds, though it does sometimes pick up small bits of hiss from breathing. Anyway, it’s crisp enough during calls and voice chats, though, the inclusion of a foam-pop filter on its capsule could’ve helped greatly improve overall performance. If you want a headset that can record or stream podcasts, then you might want to go with something a little more high-end like HyperX’s Cloud Mix because this kind of headset is what can provide you with the high-quality boom you’ll need. If you really don’t intend on sharing your vocals with the world, then the Logitech 432 should do you just fine. 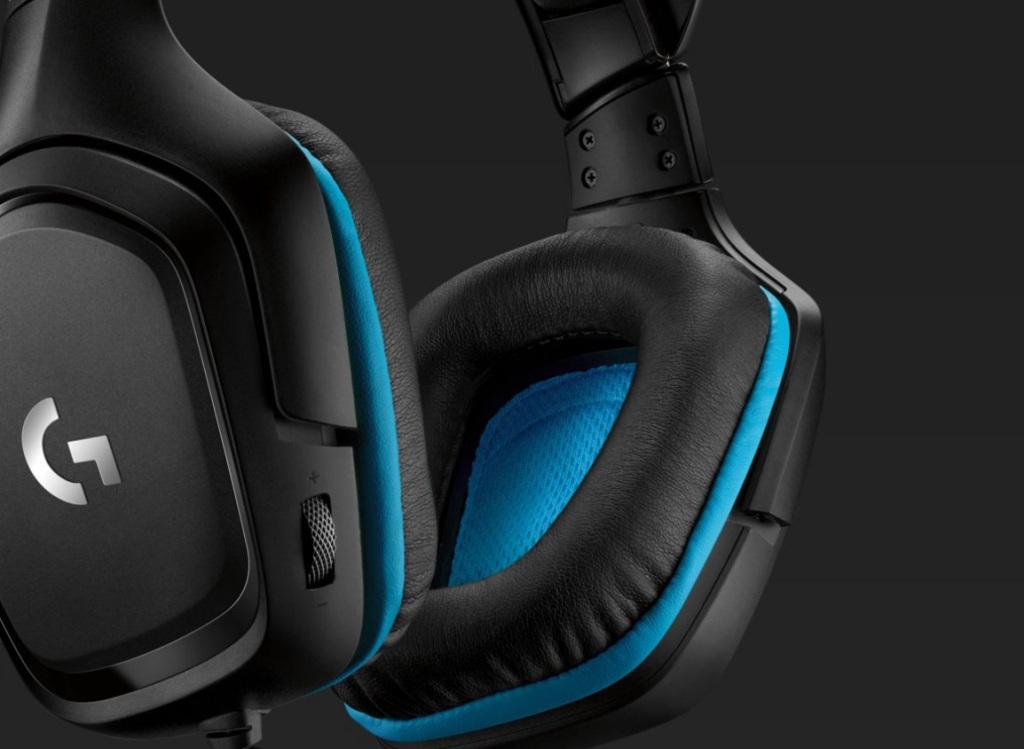 The Logitech G432 headset feels comfortable enough, however, a couple of tweaks here and there could’ve helped make it a lot better. Its pleather-based earcups don’t press so heavily, or intensely, on your ears, however, the can get really hot sometimes, especially if you wear the headphones for long periods of time. Don’t get surprised when you find sweat beads on the earcups AND the headband once you take the headset off after a long time. Also, the earcups feel a bit loose, and if you have a regular-size head then you’ll probably agree with this as well. With that said, at least the pleather material is agreeably supple which, in turn, helps make it feel easy to wear in general. 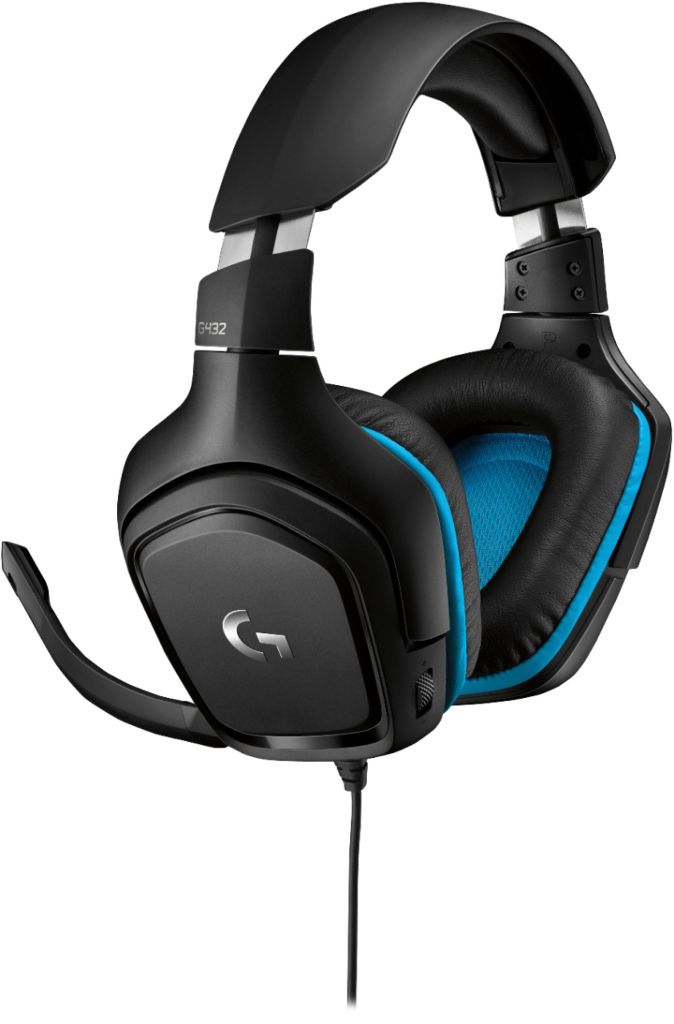 The Logitech G432 headset delivers in full when it comes to in-game performance. Okay, at least when it’s been attached through the USB. The headset offers programmable, rich sound quality for PC game titles such as StarCraft: Remastered, World of Warcraft and Destiny 2. It has outstanding treble/bass balance and its soundscape feels closers rather than distant. The battle sounds in World of Warcraft, StarCraft’s techno music and the Gunfire in Destiny 2 was all delivered in a clear and crisp way. Though, the 3.5mm audio jack cable provides somewhat mixed experiences by itself. The sound, via this cable, isn’t nearly as nuanced or as loud on computer, even if used to play the exact same titles we’ve just mentioned above.

However, the USB connection does way better on the Nintendo Switch providing reasonable balances between vocals, music and sound effects. All in all, the G432 headset has the ability to provide you with high-end sound quality all across the board, however, it’s in PC gaming where you’re going to have the time of your life.

With that said, you can also get some impressive music performances out of this headset if you’re okay with having to tweak a few sound options using your PC. However, even without these said tweaks, the music itself sounds just fine. There is a very clear distinction between bass and treble, and there aren’t any distortions on high-frequencies as well. Yes, the audio quality isn’t as rich as what you’d find in dedicated audio headphone products, however, for a gaming headset that cost this much, it’s just about as good as it gets. Although, this headset probably won’t be your go-to, everyday listening device anyway. Why? Not only is it rather huge and somewhat bulky, but you also can detach the mic as well. 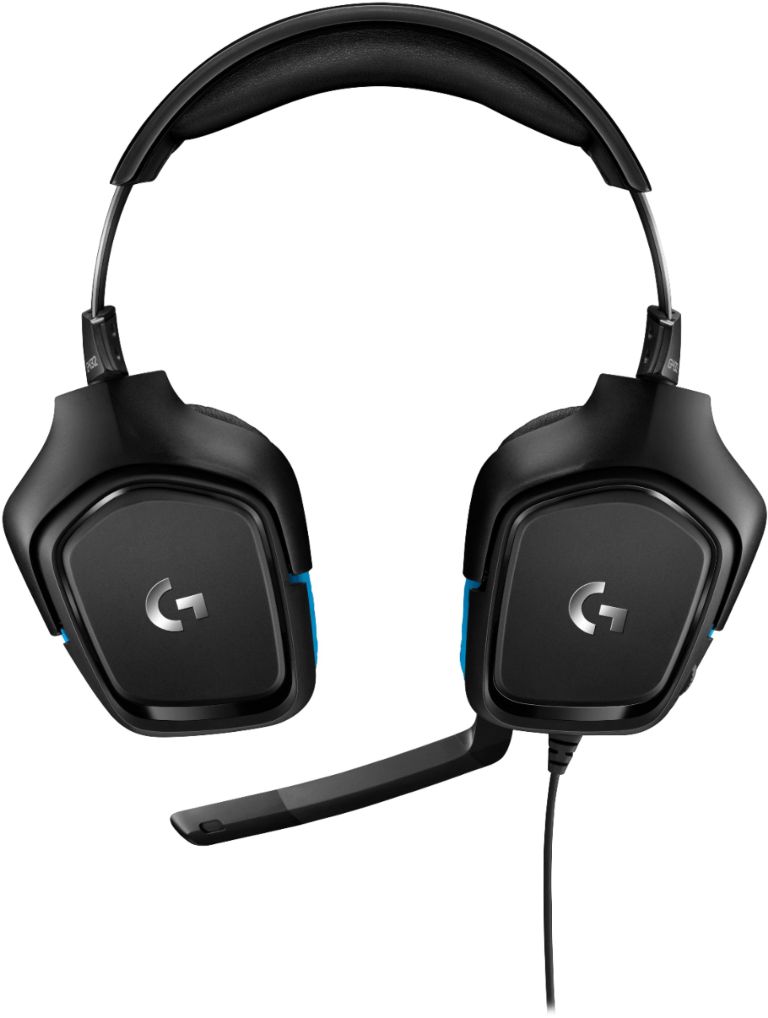 Logitech’s G Hub software can be used to tweak the G432’s sound-profile options. This can be done once you connect the headset to the PC through the USB. In addition to 7.1 DTS surround-sound, you can also get noise reduction functionality, equalization sliders and a ton of many other useful features. The surround sound itself, though, is kind of a bit muted and muddy, which is a little weird considering how immediate and strong the stereo sound is. Anyway, it just means that you won’t really need to switch to surround sound that much. But, again, it’s still really nice to know you have the option available to you.

As a stereo headphone product that has 3.5mm audio jack feature, the Logitech G432 device can work with almost any modern-day gaming console, as well as any tablet or smartphone that has the headphone audio jack feature as well. As highlighted earlier, for PC you’ll need to connect it via the USB sound cord, in which the 7.1 surround sound comes into play. Its sound card function is a black, simple adapter that contains a 3.5mm port housed in a plastic enclosure, a short wire and a USB plug.

Logitech’s G432 gaming headset is, in all honesty, way better than its predecessor. It features a few smart design tweaks and upgraded audio drivers. Although, it still has a few drawbacks, like the imperfect fit and cheap overall feel. Though, overall, this device has a lot more positives than it does negatives. Music sound is okay but in-game is sound is out of this world. Furthermore, it works well with most gaming platforms straight from the box. Its USB connectivity is a big advantage over some of its many rivals, but there also the 3.5mm audio jack feature if you’re looking for simpler experiences.

If you have more than a hundred bucks to spend on a gaming headset, then the Cloud Alpha might be more your speed because it’s just as functional with slightly better sound. If you’re looking to save a little more, then SteelSeries’ Arctis 3 is for you. Otherwise, the Logitech G432 is the right headphone product at the right price.

Does 7.1 DTS surround sound really make that much of a difference?

Absolutely yes. The advantage 7.1 gives the user is that they’ll have access to a side-channel. A lot of new movies, and even games, have got 7.1 surround-sound playback, which means that you won’t be getting that more immersive sound without it.

How do you connect the headset to the computer?

Connect the G432’s USB cord to the PC’s USB port, wait a couple of seconds and then the headset will automatically install. Once this is done, right-click your volume icon on Windows and them pick “Playback Devices”