While gaming headphones that cost around $100 or so tend to blend attractive designs and good quality sound very well, those that cost $60 and below often seem to always sacrifice something. The Razer Kraken X which falls in the $60 and less category is no exception, with an inconvenient mic accompanied by subpar music performance. Although, when you think about what the headphone does right you realize fifty bucks or so isn’t such an unreasonable asking price at all. The headset sounds wonderful during gameplay, and focuses keenly on vocals and treble. 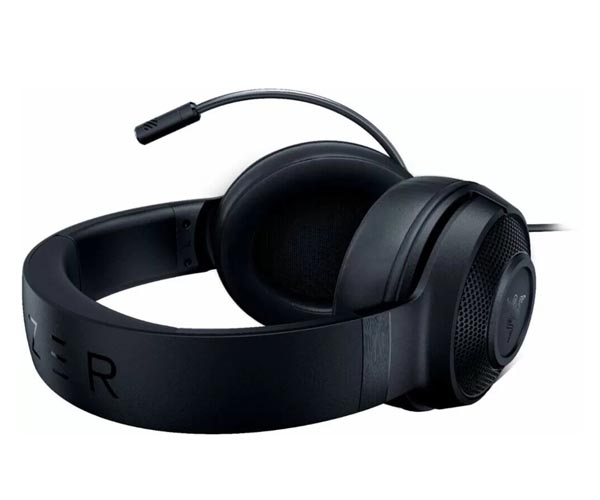 In addition to this, it’s also extremely comfortable and lightweight so much so that you can almost forget how huge and oversized the other headsets by Razer tend to be. If you’re in search of something that can work with almost everything, sound pretty good and comes at cheap price, then this headset what you need in your life asap.

Aside from one vexing downside, the Kraken X wired gaming headset might just the most aesthetically-pleasing headphone product on the Razer roster. Unlike the incredibly hefty ManO’War, as well as other previous Kraken design styles, the new Kraken X has a much more traditional design style going on, though much less silly. The headphones weigh in at around 8.8 ounces and measure around 7.5×6.5 inches. It has a subtle honeycomb design with an all-black chassis made of plastic and the Razer logo embossed on both ear cups. The top part has a padded headband and notches to help with customization. It is all elegant and pleasantly no-nonsense. 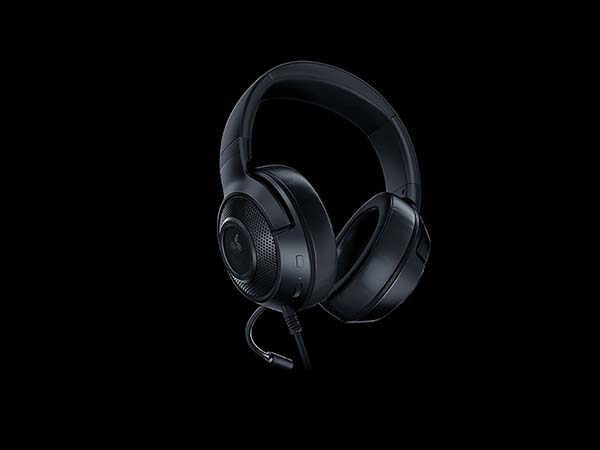 A lot of the extra functions reside in the headset’s left ear cup. Here’s where you’ll find the volume dial and microphone-mute button, both very useful features. Although, they may have placed the volume dial a bit too low and it’s also a little too slim as well. However, where the biggest issue comes in is in the microphone department. High-end gaming headsets often have retractable or removable microphones. The cheaper options usually have boom microphones that you can get out of your view by sliding it upwards and out of the way.  The new Kraken X headset has a flexible microphone that can’t retract, can’t come off and even can’t fold upward. Basically, it’s going to be in your view somewhere whenever you use the device. As such, it can prove very annoying sometimes unless it’s folded up in a specific conformation. Of all the microphone setup options available to them, Razer decided to pick what could possibly the most least intuitive of them all.

Other than that, however, the Kraken X headset actually happens to be a very versatile piece of hardware. By default, you can connect the headset to almost anything through its 3.5mm audio jack feature. But, if you’re the type that prefers to separate the audio/mics inputs for gaming desktops it comes with a splitter you can use as well. The default cord is a bit on the short end, though the splitter cord allows for a longer reach. Each of the cords measure around 4 feet or so. Analyze your distance needs accordingly.

Thanks to the headset’s ear cups, weight and size, the Kraken X might just Razer’s most comfortable creation yet. The headphone’s padded ear cups and leatherette headbands press down ever so gently, even if you have glasses on, and getting a tight seal on your ears is very easy. What we’re basically saying here is that these headsets are extremely comfortable and you can wear them a whole day without having the need to take them off and take a break from wearing them. 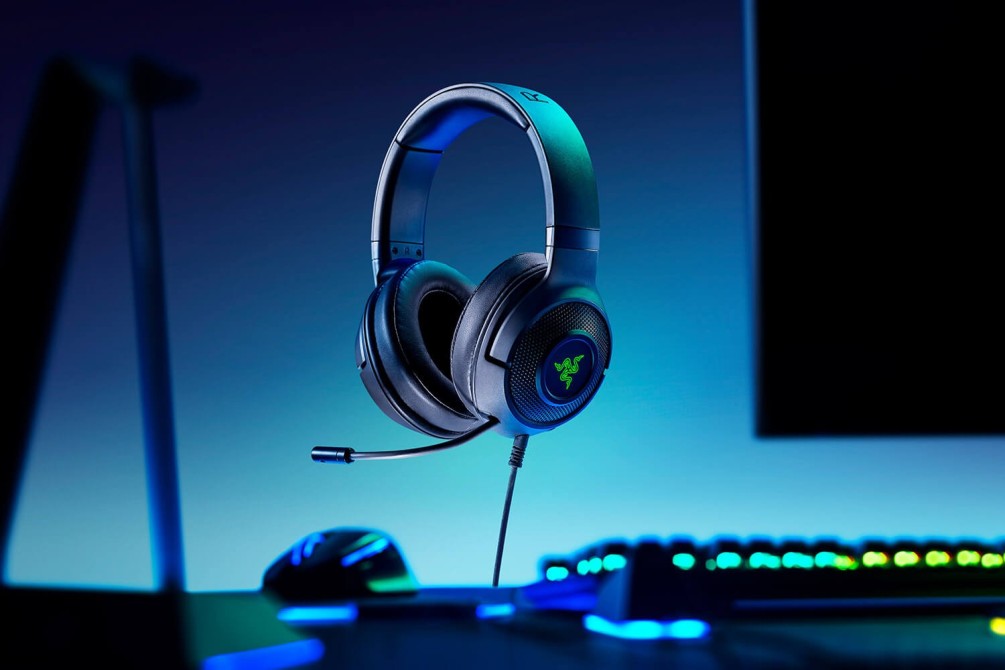 When it comes to using the Kraken X for gaming purposes, not only is it compatible the Switch, Xbox One, PlayStation, gaming PC and smartphones (well, those that have audio jack pin features, anyway) but the sound quality on all the platforms sound outstanding. The headset excels in the vocals department, like during character quips in the title Baldur’s Gate. It also does a good job in game music, such as the driving background beats produced in StarCraft. Although, the headset is a bit light in the bass area. Overwatch’s directional sound was functional, however, gun battles lacked a certain oomph sometimes.

Anyway, it also delivers exceptional sound quality on portable platforms as well. Okay, the audio quality isn’t as nuanced or deep as what produced in the more pricey headset options, however Razer’s Kraken X can more than hold its own against its main competitors such as the Roccat Renga Boost and HyperX Cloud Stinger.

When it comes to listening to music with it, you can’t really use this device as an everyday music headset because of its obtrusive microphone. However, it doesn’t even play music that well anyway, so there’s really nothing to miss out on. Why do we say this? Well, for starters, while the concentration on treble may be ideal for gaming purposes, it isn’t that good for music. While vocals come through crystal clear, bass is almost non-existent, especially in the classical and punk-rock pieces. Its sound scape feels a little unbalanced and flat, giving the music a somewhat lifeless feel.

The Kraken X headset uses a 3.5mm audio jack feature instead of a USB to connect, which means it doesn’t need a lot of software to function fully. That being said, buying this headset will mean you getting access to the surround-sound software manufactured in-house by Razer themselves. This is what you can use if you want to initiate the 7.1 digital surround sound. Setting this up is quite simple enough, however, having to install other software that’s not the Razer Synapse can prove a major pain. Furthermore, there’s really no significant difference between stereo and surround performance.

This now just leaves the microphone, which is considerably passable, however, not great. When you use to record your own voice, your words will be delivered pretty clearly, with trace amounts of feedback and fuzz. But, there’s plenty of background sound that comes through very loud and clear too. All in all, the microphone is okay for casual multiplayer gaming, but anything other than that would be beyond its capability to effectively handle.

The new Razer Kraken X is far from a perfect gaming headset, in large part due to the unremovable microphone and unimpressive music performance. However, for something that’s only set you back around $50 or so, it’s one incredibly solid headset product, offering good sound quality during gameplay and has a snug and comfortable fit that can allow you to have it on for long periods of time. It has an attractive overall design and it’s much more understated compared to some of the other headsets on the Razer catalog. Truth is, you can get the Renga Boost by Roccat for the same price which is slightly better, although, that doesn’t mean the Kraken X is still not one of the best gaming headphones in this particular price range.

The Kraken X contains a 3.5mm audio jack feature and this how it connects to most devices. This is what you’ll use to connect with the PC. For laptops and desktop computers, you can use this to plug it in directly. If your laptop or desktop computer has separate jack ports microphone input and audio output, there’s a 3.5mm splitter extension cord that you can use.

Go to Sound settings and you’ll find the Control Panel option. Click it and then go to Hardware & Sound. Here you’ll then be allowed to manage audio devices.