Gaming headphones can end up costing quite a lot sometimes. However, if you’re just looking for something that’s compatible any PC or console, and has good-enough sound quality, then the Turtle Beach Recon headphones is what you should be putting your focus on. But, you’ll need to remember that the affordable price-tag does come with a few caveats here and there, including sharp highs and an occasional muddy bass sound cramped into a rather basic and frail overall design. That being said, the Turtle Beach headset is an overall solid budget gaming headphone piece. 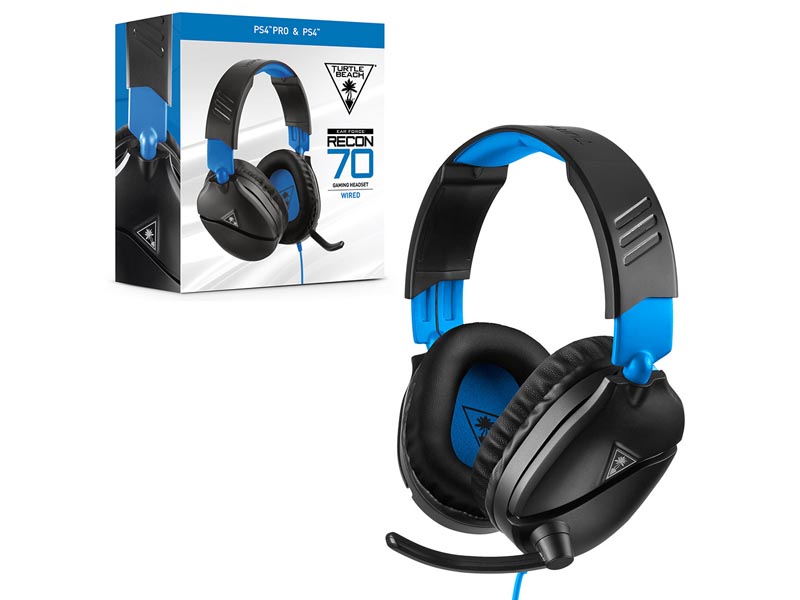 It’s really hard for the red and black plastic finish outer-shell of the Recon 70 not to look cheap. When you put even the slightest pressure on the bend point it feels like it’s going to easily snap. Its matte-black earcups house a groove that carves down the middle. This is where its headband connects to a Turtle Beach logo and the earcups. The red connecting band is found just above the earcups, and it’s held firmly in place by a black, bigger band that also has the Turtle Beach logo, alongside 3 stylistic, glossy indents on both sides. The earcups have a red-colored interior that features a black Turtle Beach logo. 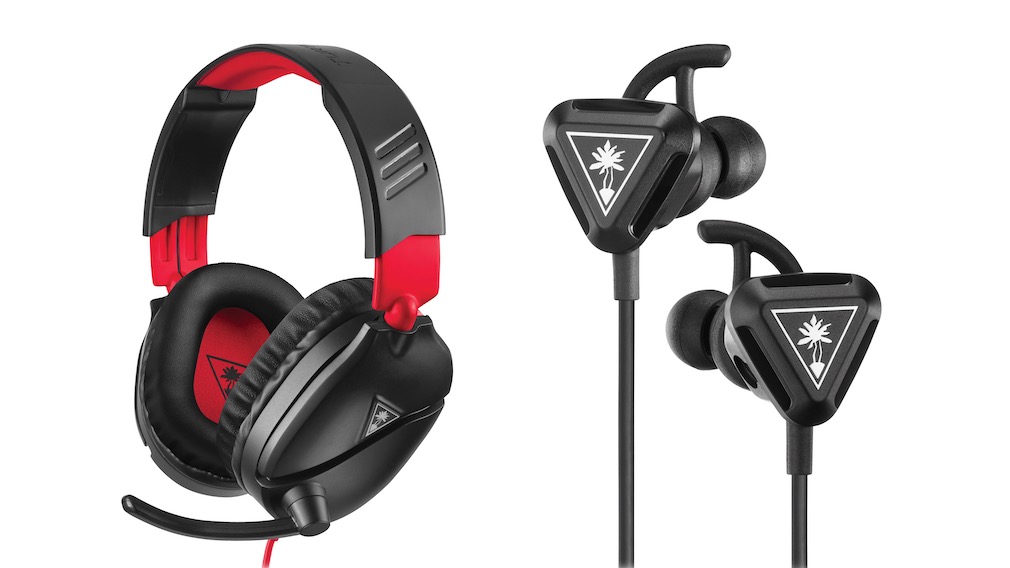 The Recon 70 headphones, though, come in many different colors, each one being labeled by the console. This includes PlayStation’s red/black, blue/white and blue/black combinations as well as Xbox One’s green/white and green/black combinations. The Recon 70 also doesn’t have so many controls. In fact, there’s actually only one found on the left earcup which is the volume rocker. But, this same left-side earcup also has a fixed, short flip-to-mute mic, and the 3.5mm, four-foot audio jack cable.

The Recon 70 headset’s synthetic-leather earcups are quite comfortable and have a nice fit over the ears. However, the foam cushion found beneath the cups could’ve been a bit softer in our opinion. There’s another cushion under the headband that wasn’t stiff, but it also still left plenty to be desired as well. And while the headband itself is somewhat pretty easy to adjust, there are no notches to help indicate to the user where it’s levelled. Although, for forty dollars you could do much worse. All in all, this a headset that you can wear for several hours with relative ease.

The Recon 70, weighing at 9.5-ounces, feels very light and doesn’t move when the user shifts their head from right to left. The biggest downside as far as comfortability is concerned is how its mic moves. When flipped into one of the predetermined positions, the mic vibrates the entire headset which, in turn, can give the user a headache when worn for long periods of time.

The Recon 70 headphones provide decent gaming sound-quality for almost all the popular titles out there. Although, in Fortnite, you’ll notice that pickaxe attacks are a bit sharp and don’t have enough bass sound when solid hits are made. Furthermore, switching between different weapons is kind of annoying because there’s a little click that comes out when a shotgun or assault rifle is fired and this produces a really high-pitch sound. However, the headset does a great job at detailing where enemy gunshots are coming from, which is pretty cool. You can also even clearly hear enemy footsteps when they’re coming at you. Even though the assault rifle and shotgun shots were not exactly full, they were ultimately fine overall.

The remastered version of Crash Team Racing also sounds pretty decent on this headset. Okay, its upbeat soundtrack might lack a bit of depth, however, it still manages to pop. That being said, the high-note trumpet sounds come off a bit too sharp. Nevertheless, overall sound effects, even when executing drift boosts, have enough oomph and will rope anyone into the action. 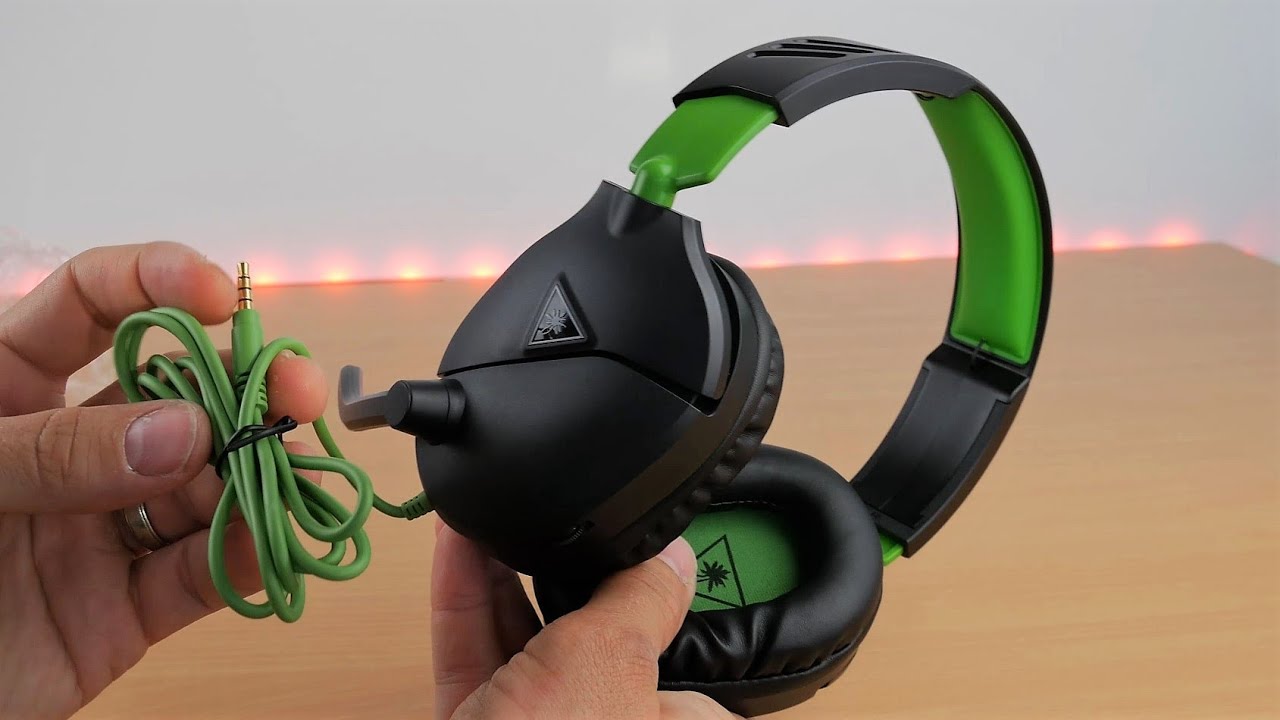 The Recon 70 headphones are, however, most at home in shooters, given the Turtle Beach heritage and all. When using them to play Call of Duty, Overwatch and the like, rounds pop and explosions boom very satisfyingly. The sound quality delivered in such games is unfalteringly clear. All in all, considering how affordably price this product is, you’d really rather plug this headset into your controller instead of your standard, run-of-the-mill, cheap headset.

When it comes to music performance, the Recon 70 is at best mediocre. However, for a headset that costs this much, that’s OK. At least you can get the volume to play really loud if you want. Acoustic guitars sound vibrant enough and the vocals are clear. However, the higher notes sound a little shrill in some songs. In some songs the choruses sounded a tiny bit distorted, which kind of made the whole thing sound like noise. Although, this is mostly felt when listening to hard rock songs. Songs with heavy bass also don’t have that much depth, with even lighter drumbeats not having much of an impact. Though, the vocals, like we mentioned earlier, are quite clear, however, they don’t have that brightness that helps make them stand out. On the bright side, though, at least it’s not hard to tell the instruments apart when they’re all played together.

The headset’s mic actually sounds pretty awesome when being used to communicate at a casual level. But, if you’re the type that likes to scream at your teammates when telling them where the enemies are, the sound quality peaks a bit and gets a little distorted for all the others that are listening in. In addition to this, the mic also tends to pick up voices and sounds in the background. If someone is talking even just five feet away from you, then you can be sure the mic will catch this and everyone listening in will be able to hear this as well.

Anyway, if you’re someone that can keep expectations in check then the Recon 70 headset will pleasantly surprise you. It doesn’t have surround sound or anything like that but the drivers it uses due an incredibly good job at translating whatever’s happening, whether during gameplay or just chatting, and it does this with a great sense of space.

For forty bucks, these Turtle Beach headphones are a very solid option for those of you that are looking to save a bit money. Sometimes less can be more, and in such scenarios finding a way to not break the bank is a win. Granted, it may not be a product that’ll get the hardcore professional esports gamers excited and all, however, for those that are looking for something reasonably priced that still provides enjoyable experiences all around, then this product is definitely for you. 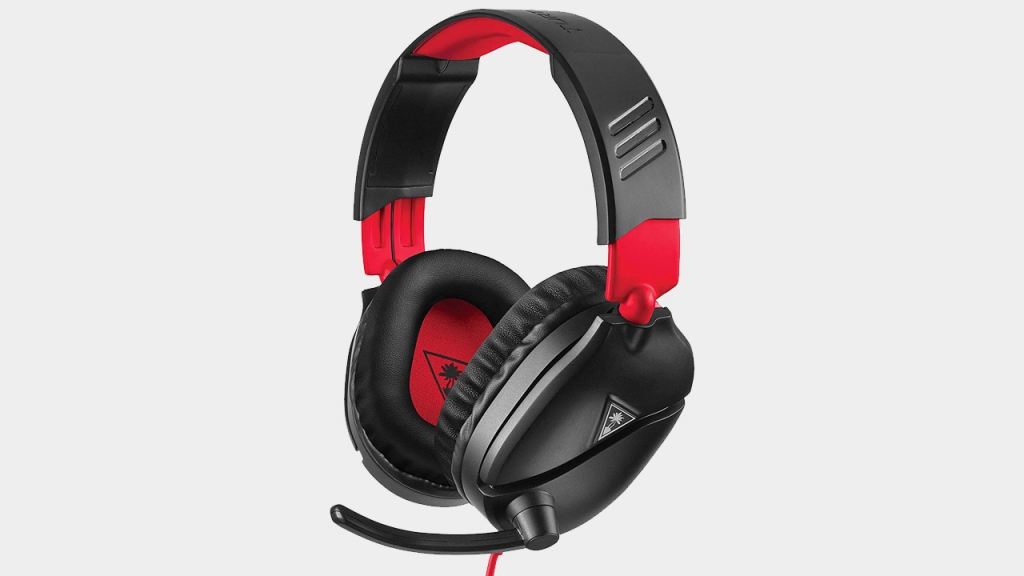 These headphones are relatively comfortable, have good quality in-game sound and is compatible with almost any system. Unfortunately, you’ll have settle with mediocre highs and bass, and a cheap design-style but that’s okay considering what their asking for it. You’ll have a really tough time getting your hands on a decent gaming headphones product that’s cheaper than this.

Do the Recon 70 headphones have surround sound?

Turtle Beach are world-renowned for their high-sensitivity microphones that can be easily flipped to mute and ensure users get heard clearly. However, that’s not all with the Recon 70. This headset is surround sound compatible with Xbox consoles and is optimized for Windows Sonic as well.

Do the Recon 70 headphones have mic monitoring capability?

The answer is no, they don’t have this functionality. These headsets don’t have an in-built Mic Monitor (in case you didn’t know, this feature is the ability for the user to hear their own voices in their headphones as they speak)